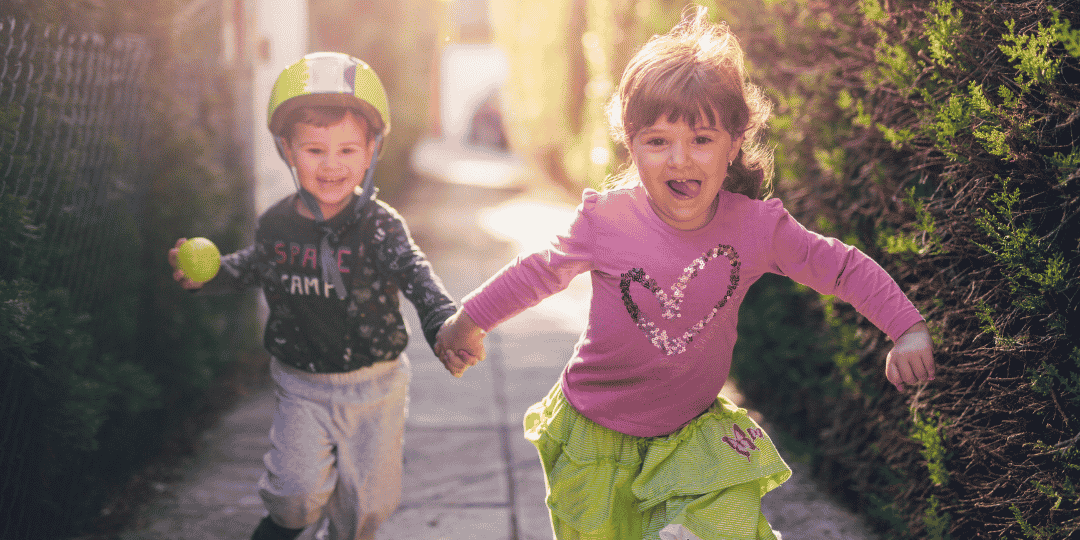 Most people have, at one time or another in their lives, felt the desire to just pack up and leave everything behind. The allure of running away is strong, a feeling of freedom and possibility that can seem irresistible. And for many songwriters, the idea of running away has been a popular theme throughout their work. Here are 20 of the best songs about running away, whether you’re escaping your problems or chasing a new adventure.

Runaway is a song by American rapper Kanye West, released as the second single from his fifth studio album, My Beautiful Dark Twisted Fantasy (2010). The song features Pusha T, who is also featured on the album’s lead single, “Power”. The song was produced by West, with co-production from Jeff Bhasker and additional production from Mike Dean, Noah Goldstein, Andrew Dawson, and Plain Pat. The composition features repetitive piano riffs, synthesizers, and drum machine sounds in a hip hop style.

Runaway (U & I) is a 2015 electronic dance song by Swedish duo Galantis. The song was written by Galantis members Christian Karlsson and Linus Eklöw, with additional writing from American singer-songwriter Bonnie McKee. It was released as the third single from their self-titled debut studio album on 21 April 2015. “Runaway (U & I)” is an upbeat synth-pop and EDM song with positive reviews from music critics. The song became a commercial success, peaking at number five on the Billboard Hot 100 in the United States and at number three on the UK Singles Chart.

Runaway Baby is a song by American singer-songwriter Bruno Mars. It was released as the lead single from his debut studio album, Doo-Wops & Hooligans (2010), on April 26, 2010. The song was written by Mars, Philip Lawrence, Ari Levine, and Brody Brown, and produced by Levine. “Runaway Baby” is a Motown and new jack swing-influenced uptempo soul music track guided by drums and horns. Music critics noted its similarity to Mars’ previous singles, “Nothin’ on You” (2010) and “Just the Way You Are” (2010).

“Runaways” is a song by American rock band The Killers, from their fourth studio album Battle Born. The song was released as the album’s lead single on June 15, 2012. Written by band members Brandon Flowers and Mark Stoermer, with assistance from Stuart Price and Ronnie Vannucci Jr., “Runaways” was inspired by Flowers’ memories of growing up in Las Vegas. The song has been described as an ode to the city of Las Vegas and its residents.

“Runaway” is a song by American indie rock band Half•Alive. The song was released as the lead single from the band’s debut album, Now, Not Yet. “Runaway” is a synth-driven track with a catchy hook and soaring vocals. The lyrics are about the feeling of being stuck in a rut and longing to break free. The song has received praise for its positive message and uplifting production. “Runaway” has been featured on various Spotify playlists and has amassed over 100 million streams on the platform.

In his song “Runaway Love,” Justin Bieber sings about the dangers of a life on the run. The lyrics tell the story of a young girl who is forced to flee her home after being abused by her father. While she is able to find shelter with a kindly stranger, she is constantly looking over her shoulder, fearful that her father will find her and hurt her again. The song highlights the fear and insecurity that many runaway children face, as well as the courage it takes to keep going in the face of such adversity. By bringing attention to this issue, Justin Bieber is helping to raise awareness of the plight of runaway children and the challenges they face.

Madonna’s “Runaway Lover” is a song about a woman who is in love with a man who is always running away. The song is based on the true story of Madonna’s first husband, Sean Penn, who was always running away from Madonna. Madonna tries to get Sean to stay with her, but he always runs away. In the end, Madonna says that she is better off without him. The song is a sad and poignant ballad about the pain of loving someone who is never there for you. Madonna’s powerful vocals and emotional lyrics make “Runaway Lover” one of her most memorable and moving songs.

“Another Runaway” is a song by New Zealand singer-songwriter Ladyhawke. The song was released as the second single from her self-titled debut album in 2008. The song was written by Ladyhawke and produced by Pascal Gabriel. “Another Runaway” is a synth-pop song with elements of new wave and disco. The song received positive reviews from music critics, who praised its catchiness and Ladyhawke’s vocal performance. The song peaked at number nine on the New Zealand Singles Chart, becoming Ladyhawke’s second top-ten single in her home country.

The song “The Runaways” by Anberlin is a song about two lovers who are forced to run away from their homes. The song tells the story of the couple’s journey as they flee from the authorities. The song describes the couple’s fears and emotions as they attempt to escape. However, despite the odds, the couple eventually makes it to safety. The song ends with the couple vowing to never give up on each other. The song is an inspiring tale of love and perseverance.

Runaway Kid by iann dior is a song about a runaway kid who is trying to find his way in life. The song is about the struggles that the kid faces while he is on the run. The song starts off with the kid walking down a street, and then it goes into him trying to hitchhike a ride. He eventually gets picked up by a trucker, but the trucker ends up getting pulled over by the police. The kid then runs away from the police and eventually finds himself in a motel room. The song ends with the kid realizing that he needs to go back home.

The song Runaway Boys by Stray Cats is a song about three young boys who run away from home. The boys are described as being wild and carefree, and they seem to be having the time of their lives as they travel across the country. The song paints a picture of a life on the road that is filled with adventure and excitement. However, the boys eventually run out of money, and they are forced to return home. Despite their initial disappointment, the boys seem to have enjoyed their experience and are determined to runaway again. The song ends with the boys vowing to “runaway again just like we did before.” The song Runaway Boys by Stray Cats is an upbeat and fun song that captures the spirit of adventure.

The Runaway – Something Corporate

“The Runaway” is a song by the American rock band Something Corporate. The song was released in 2003 as the second single from the group’s second studio album, North. “The Runaway” is a piano-driven power ballad with influences from pop punk and emo music. The song’s lyrics are about a young man who is running away from his problems. He leaves behind his family and friends, and he doesn’t know where he’s going or what he’s doing. The song talks about how this young man is lost and doesn’t know what to do with his life.

The song “Runaway Kids” by Harbour is a catchy pop tune with a message that is relevant to many young people today. The lyrics tell the story of two teenagers who run away from home and end up living on the streets. Despite the challenges they face, the duo remains optimistic and determined to make it on their own. The song’s positive message and upbeat melody make it an enjoyable listen, and its relatable subject matter makes it an important contribution to the current musical landscape.

“Runaway Horses” is a song by American rock band The Killers, from their second studio album, Sam’s Town. The song was released as the third single from the album on February 18, 2007. The song peaked at number 28 on the UK Singles Chart and number 19 on the US Billboard Alternative Songs chart. “Runaway Horses” is a mid-tempo rock ballad with influences of country music. The song features piano and keyboard instrumentation, with percussion provided by a drum machine.

Runaway Girl by Kakkmaddafakka is a song about a runaway girl. The song tells the story of a girl who has left home and is living on the streets. The girl is trying to survive and is struggling to find food and shelter. The song describes the girl’s desperation and her determination to keep going. The song also describes the girl’s feelings of loneliness and isolation. The song ends with the girl being found by the police and taken home. The song is a powerful story of a girl’s struggle to survive on the streets.

Mat Kearney’s “Runaway Car” is a song about a relationship that’s on the brink of falling apart. The lyrics depict a couple who are trying to hold on to each other, but they can feel the tension and distance between them. As the song progresses, it becomes clear that the relationship is heading for a breaking point. The chorus of the song reflects this, with the lines “We’re spinning out of control / We’re holding on to what we know / But we can’t go back / We’re in a runaway car.” In the end, the relationship doesn’t survive, and the couple is left feeling lost and alone. “Runaway Car” is a haunting and powerful song that captures the pain and heartbreak of a crumbling relationship.

Sam Feldt’s “Runaways” is a song about, well, running away. The lyrics tell the story of a young couple who pack up their belongings and hit the road in search of a better life. Throughout the song, Feldt paints a picture of two people who are in love and will do whatever it takes to stay together. The chorus features the repeated line “we’re running away,” which serves as both a declaration of love and a statement of determination. In the end, “Runaways” is a heartwarming tale of two people who are willing to fight for their relationship. And that, ultimately, is what makes the song so special.

Runaway is a song by American rock band Bon Jovi, from their 1984 self-titled debut album. The song was written by lead singer Jon Bon Jovi and released as the album’s third single in 1985. “Runaway” is about a young woman who is fleeing an abusive relationship. The song’s narrator implores her to “run away” and start anew, promising her that he will always be there for her. “Runaway” was a commercial success, reaching number 16 on the Billboard Hot 100 chart in the United States. The song has been covered by numerous artists, including Kelly Clarkson and Avril Lavigne. Bon Jovi has performed “Runaway” live on many occasions, and it remains one of the band’s most popular songs.

“Runaway” is a song by Norwegian singer-songwriter Aurora. The song was released as a single on 15 September 2015 through Decca Records. It was written by Aurora, Felix Scheffel, Odd Martin Skalnes and Stefan Storm, and produced by Odd Martin Skalnes. “Runaway” is a pop song with elements of electro-pop and synth-pop. Lyrically, the song is about running away from something or someone. The song received positive reviews from music critics, who praised its catchy hooks and poppy production.